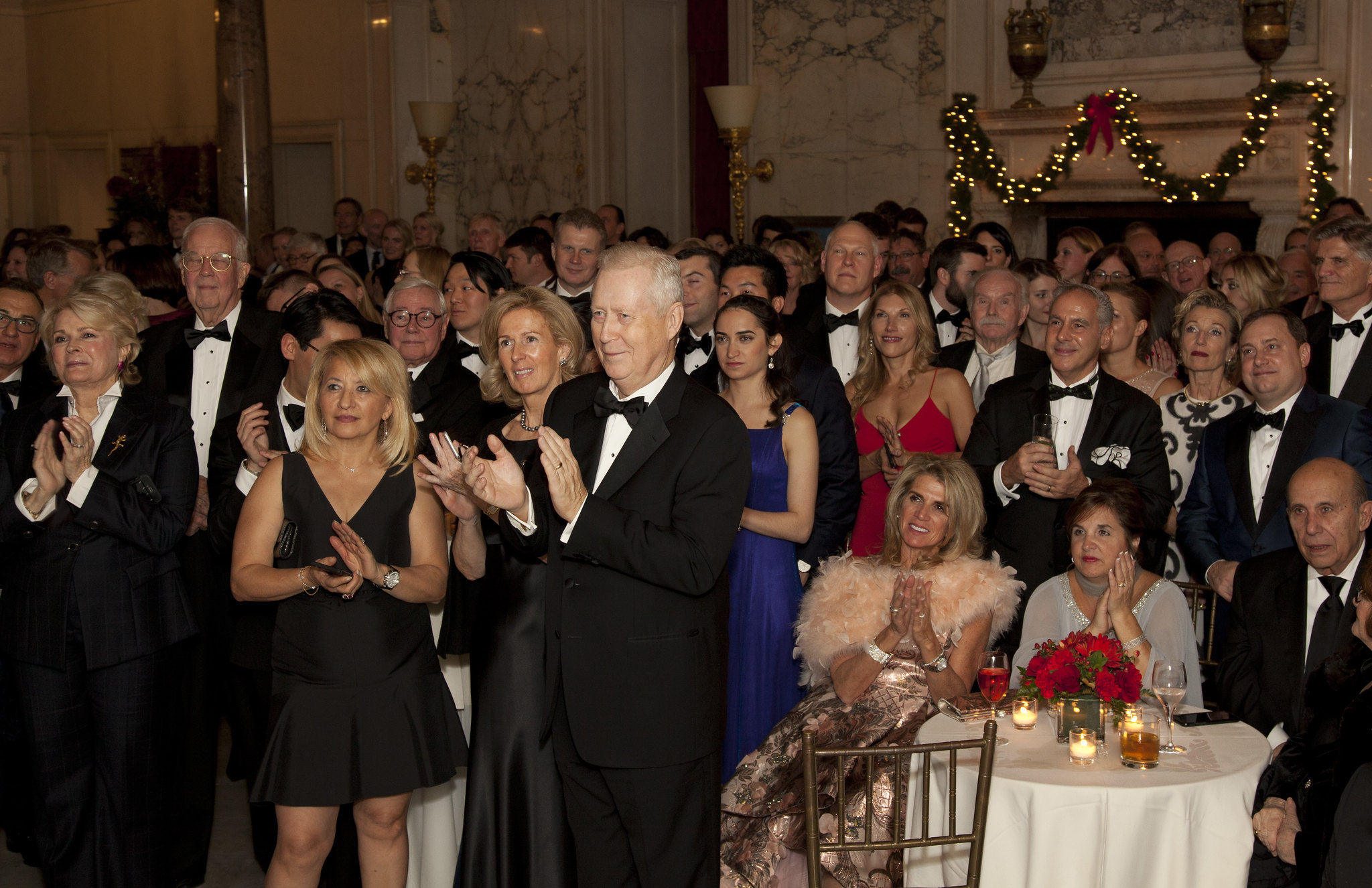 Enjoy a truly festive evening at the beautiful Metropolitan Club in New York for our favorite evening of the year and the start of the Holiday Season! Included in your ticket is an open bar, a selection of hors d’oeuvres, a three course dinner, Lucia Procession and Lucia songs, guest performance, Silent Auction and dancing until midnight to the Chris Norton Big Band!

This year, the Society celebrated Claus Meyer, Culinary Entrepreneur, as our Guest of Honor 2017.

For more than 30 years, Claus Meyer has revived and shared modern Scandinavian culture and cuisine around the world, meanwhile creating organizations to promote social change in local communities, including here in New York City. Join us in celebrating this remarkable Scandinavian achievement!

For more than 30 years, Mr. Meyer has been a gastronomic entrepreneur. Besides his countless companies employing more than 800 staff, Meyer is an affiliated professor and distinguished alum at Copenhagen Business School and Social Impact Fellow at University of California, Berkeley Haas School of Business. Meyer is a Knight of the Order of the Dannebrog under the Royal Danish House, member of the Danish Gastronomical Academy and he has been named on EAT Foundation and the Culinary Institute of America’s the Plant-Forward Global 50.

Additionally, believing in food as a driver for social change, Meyer has co-founded the Melting Pot Foundation, with the aim of improving the quality of life and provide new opportunities to vulnerable individuals in Denmark as well as in selected projects abroad. He has inspired a generation to rediscover local Nordic produce through his portfolio of businesses, cookbooks, TV shows, lectures and agenda-setting viewpoints. He continuously strives to push his dream of unfolding the potential of indigenous food culture worldwide, exemplified by the co-founding and co-owning of celebrated restaurant, Noma, Copenhagen (Denmark) as well as restaurant GUSTU, La Paz (Bolivia). While the former as been rated as the World’s Best Restaurant four times, the latter was in September 2016 voted as the 14th best restaurant in Latin America after merely four years in service.

In August 2015 he moved to New York City with his family to steer the 2016 opening of fine dining Agern and Great Northern Food Hall in the city’s iconic Grand Central Terminal, Manhattan. Moreover, Meyer has initiated a non-for-profit culinary project in Brownsville, a vulnerable community in East New York. Here Meyer and his team will establish a culinary education program for local at-risk youth, a community eatery, a bakery and a space serving the residents. The hope is to prime the grounds for a positive ripple effect beyond the walls of the physical premises.

Viking Table of 10: $5,500
Includes: Everything above plus a full page ad in the Christmas Journal, premier seating and prominent mention in the program, and a champagne dinner.