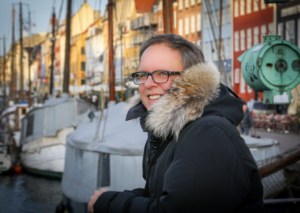 BRIAN D. BUMBY is an award-winning photographer based in New York City.

His work has been featured in the books The Mediterranean: Ports of Call & Beyond (National Geographic Traveler, 2015) and High Line: The Inside Story of New York City’s Park in the Sky (Farrar, Straus and Giroux, 2011). His photographs also hang in private and corporate collections in the United States and the UK.

Born in Bay Ridge, Brooklyn to a Norwegian/Danish mother and Finnish/British father, Brian grew up with numerous Scandinavian cultural traditions.  He has travelled extensively in all of the Nordic countries.   Some of his favorite experiences include photographing his great-grandmother’s birthplace in Mandal, Norway; celebrating New Year’s Eve in Tromsø, Norway and at the famed Noma in Copenhagen, Denmark; and sailing in the Swedish archipelago.

Brian is a graduate of Harvard University, where he studied English and American Literature and Language.  As an undergraduate, he toured internationally as a member of the Harvard Krokodiloes, the university’s oldest men’s a cappella singing group, and circumnavigated the globe three times by the time he graduated.  In addition to photography, Brian has extensive experience managing and promoting classical musicians at a variety of national and international performing arts organizations, including Young Concert Artists, Concert Artists Guild, and Columbia Artists Management, Inc.  He is currently specializing in US immigration for performing artists as part of the team at GG Arts Law, an internationally recognized firm in the specialized field of visas and touring issues for foreign artists and performers.

When he is not photographing and/or traveling, he lives in New York City with his partner and their beloved Yorkshire Terrie, Barnaby, who would much rather be chasing tennis balls than posing for a picture!