The American Scandinavian Society presents some of its Grant Recipients in honor of Harriet Nilsen. 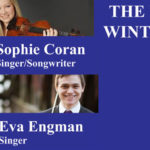 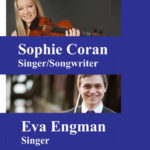 On January 17th, the American Scandinavian Society of New York held the annual Winter Concert honoring the late Harriet Nilsen. Having a concert in the dark month of January to feature some of the performing artists that the ASS has awarded Cultural Grants, was Harriet’s brainchild. Her enthusiastic spirit served as an inspiration to us all in the Society, and she is sorely missed by us all.

This year the performers were:

Hulda Jonsdottir, accompanied on the piano by Juliana Han, opened up the concert with Bach’s Sonata in G minor for solo violin, and then played Brahms’ Hungarian Dances. At her young age, she proved to be a skillful musician who played with virtuosity and passion.

Sophie Coran accompanied herself on the piano and sang three of her own compositions; some of them inspired by her stay in Denmark as an exchange student. It had been – in her own words – “a life-changing experience”. Sophie had the audience in her grip with her sweet sounds and lovely voice.

Next was Philip Zuckerman – another young and promising musician. Accompanied on the piano by Drew Petersen, he charmed us all with his repertoire stretching from Tchaikovsky and Sibelius to “Danse Espagnole” by DeFalla-Kreisler and “Romanza Andaluza” by Sarasate.

Eva Engman’s voice is familiar to the members of the ASS, mainly because she’s been a regular Lucia bride at our annual Christmas Ball for several years. She showed us a different, somewhat livelier side of her singing by treating us to a couple of Rodgers & Hammerstein and Gershwin tunes. And then, as a finale, she and her accompanists, Thor-Erik Fjellvang on piano and Kathrine Schiøtt on cello, included the two young violinists in a beautiful and rousing arrangement of the popular Danish “Dansevise” by Francker and Volmer-Sørensen.

To me, as Chairperson of the Cultural Grant Committee, it is always rewarding to see and hear what our Grant Recipients have accomplished. Some are very young and still under education, but as this evening’s performers proved, they show great promise and dedication to their art. It is wonderful to know that our Grants are put to good use.

And as we get ready to pick another round of Grant winners in the spring, this concert reminds us, why we do it. If we can be even a small spark that’ll help ignite these talented artists’ careers, then we’re doing something right.

Submitted by Else Matthews, Chair, the Cultural Grant Committee of the American Scandinavian Society of New York, Inc.