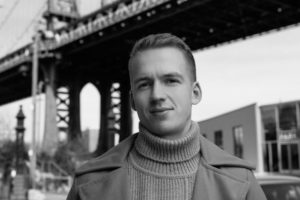 Born in Nurmes, Finland and based in NYC, Soikkeli was introduced to the music of great Django Reinhardt and Gypsy Jazz, which has been his primary focus since. Olli played in jazz clubs and festivals across Finland, and toured Europe with Sinti Guitarist Paulus Schäfer. While still young, he’s already played with notable artists such as Bucky Pizzarelli, Stochelo Rosenberg, Tommy Emmanuel, Andreas Öberg, Cyrille Aimee, Antti Sarpila and Marian Petrescu.