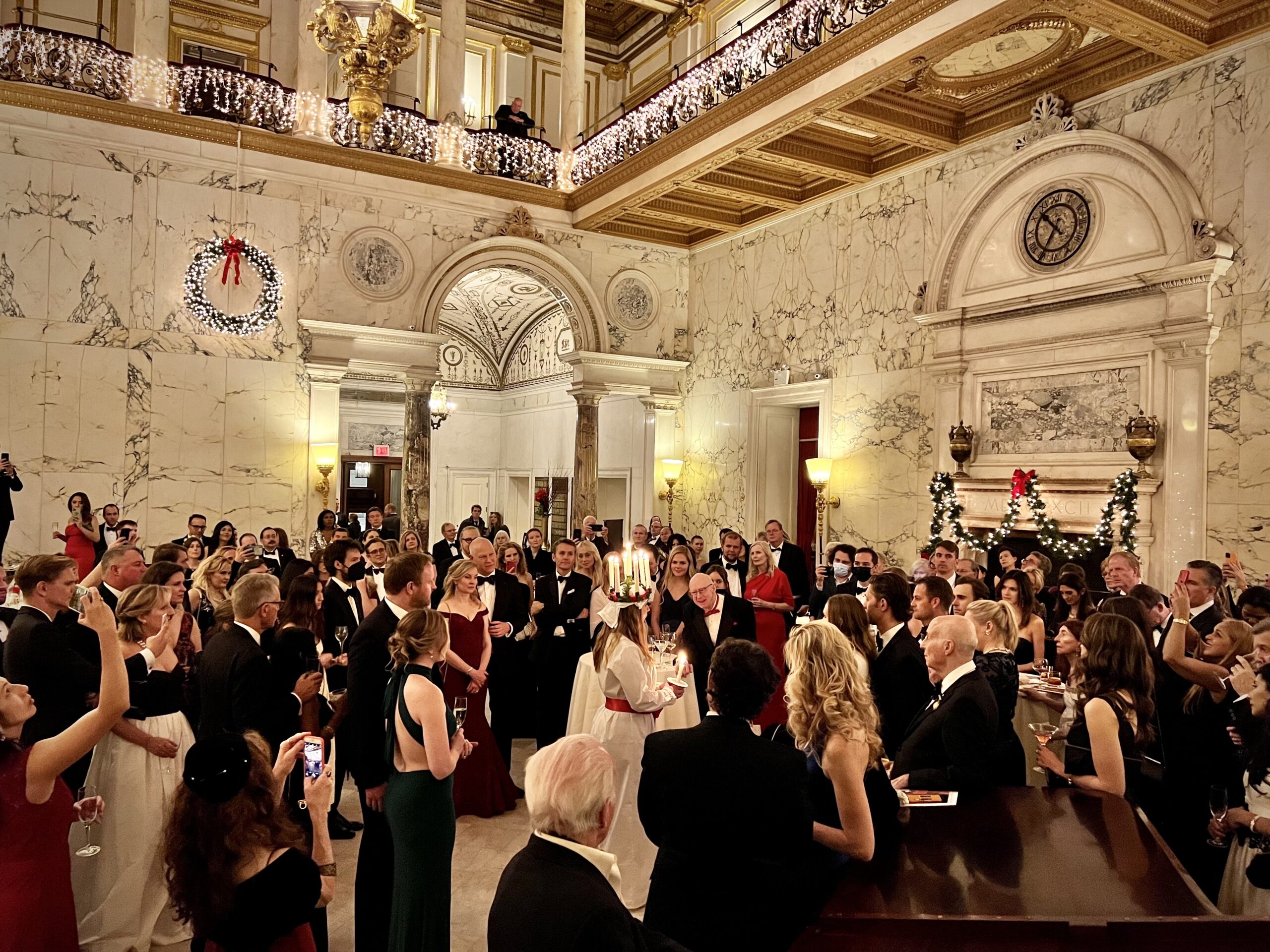 Enjoy a truly festive evening at the beautiful Metropolitan Club in New York for our favorite evening of the year and the start of the Holiday Season!

Included in your ticket is an open bar, a selection of hors d’oeuvres, a three course dinner, Lucia Procession and Lucia songs, and dancing until midnight!

We are honored this year to be able to award two Guests of Honor at the Ball this year, Emma Bengtsson and Fredrik Berselius! 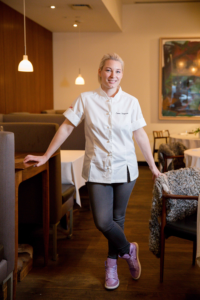 Emma Bengtsson’s grandmother was an avid home cook and inspired her to go on to study at the International Restaurant School in Stockholm at the age of 16. Emma went on to stage as a pastry chef at Edsbacka Krog — the only Swedish restaurant to hold two Michelin stars at the time. Here, she discovered she enjoyed working as a pastry chef and after graduating, she continued to work at the restaurant for four years. She then went on to work at Operakällaren within the Royal Swedish Opera as a pastry chef for five years.

After vacationing in Mexico and a quick stop in Manhattan, Emma knew she wanted to move to New York City. In 2010, at 29-years-old, she got her chance when then Aquavit Executive Chef Marcus Jernmark recruited her to join the team as pastry chef. Her interpretation of classic Scandinavian desserts quickly garnered critical acclaim with Aquavit winning a Michelin star. Emma caught the attention of owner Hakan Swahn, who offered her the Executive Chef position in 2014 when Jernmark resigned. Although Emma was initially hesitant and refused, she took her delicate approach to pastry and adapted it to savory dishes which led to the restaurant being awarded two Michelin stars the same year.

This award made her the first Swedish woman to hold two Michelin stars and only the second in the United States after Dominique Crenn. In 2016, under Emma’s culinary direction, Aquavit opened a second restaurant in London. At Aquavit, Emma is serving the kind of food she likes to eat. The fare is true to Scandinavia offering light and bright dishes with a focus on fresh ingredients, seafood and traditional methods like pickling and preserving.

Emma has revamped the menu at Aquavit, adding a fresh new take and expanded bar menu. The menu now allows diners to enjoy a full meal at the bar offering an extensive selection of snacks, starters, mains, and desserts. In the main dining room, guests can enjoy prix-fixe lunch menus on weekdays and tasting menus during dinner service. 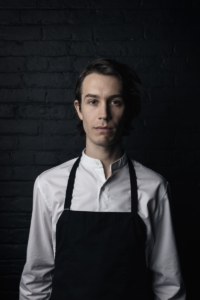 Originally from Stockholm, Sweden, Fredrik Berselius has spent most of his culinary career in New York City. He opened Aska, Swedish for “ashes”, in its original location in 2012, where he was recognized for bridging the culinary heritage of his upbringing with the immediate environs of his Brooklyn address. Within less than a year, Berselius earned his first Michelin star, and Aska was named one of the 10 Best New Restaurants in America by Bon Appetit magazine.

Berselius’ success only grew after moving Aska to a new and more expansive location near the edge of the Williamsburg Bridge. Aska reopened in the summer of 2016 and was quickly awarded two Michelin stars, the only restaurant to receive the honor in the 2017 New York Guide and currently the only restaurant in all of Brooklyn to hold two stars.

A three-star New York Times review shortly followed. Berselius is passionate about bringing his love of nature to his urban surroundings through food with a focus pristine and thoughtfully sourced ingredients as the foundation of his cuisine, many from the surrounding Northeastern U.S. region and influenced by his Scandinavian homeland. The result is a menu of extraordinary dishes that bring guests on a journey of both new and familiar flavors.

Berselius is just as active outside the kitchen – when he is not at Aska, you can find him cycling beyond city limits, running the NYC marathon, snowboarding, or foraging upstate in the Catskills.

Berselius published his first cookbook, Aska, with Phaidon in the spring of 2018.

All dinner tickets include open bar during cocktails and dinner, a selection of hors d’oeuvres, a formal three course dinner, Lucia Procession and Lucia songs, guest performance, and dancing until midnight to a live orchestra.

Viking tickets include everything above plus a full page ad in the Christmas Journal, premier seating and prominent mention in the program, and a champagne dinner.

Note: If you would like either type of Viking ticket, please write us at info@americanscandinavian.org. There is an IT issue right now where the Viking tickets are not showing up below, but we can help work it out manually until the issue is fixed.

After-dinner tickets begin at 9pm and include an open bar, selection of hors d’oeuvres, Lucia Procession and Lucia songs, dessert buffet, and dancing until midnight to a live orchestra.