Join us Saturday November 19th to visit the studios of Danish, Norwegian and Swedish artists and curators at ISCP in Brooklyn.

We will be met by ISCP Director, Susan Hapgood, and welcomed by the artists in their studios. 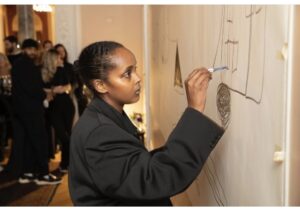 Participating Scandinavian artists and curators are: 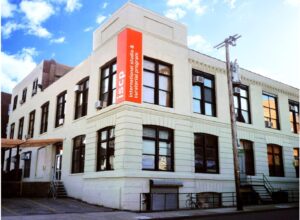 The International Studio & Curatorial Program (ISCP) Fall Open Studios is an exhibition of international contemporary art presented by 37 artists and curators from 31 countries currently in residence.

We will be granted access to private artists’ and curators’ studios to view artwork and share one-on-one conversations. Concentrated in a three-story postindustrial loft building on the edge of Bushwick, ISCP supports the creative advancement of residents, with a robust program of individual workspaces and professional benefits.

Please send us an email at info@americanscandinavian.org if you are interested in meeting up for lunch beforehand at a restaurant nearby. Please include how many in your party and your phone number and email address.

Additional Open studios and exhibitions on view until 7pm:

Maliyamungu Gift Muhande: Kobikisa, a solo exhibition by Maliyamungu Gift Muhande, recipient of The New York Community Trust’s Edward and Sally Van Lier Fund residency at ISCP, and curated by Lauren Wolchik, will be on view in the first floor project space. Born in the Democratic Republic of Congo, raised there and in South Africa, and now based in New York City, Muhande investigates her identity, Blackness, and diasporic history through diverse media including film, painting, drawing, sculpture, performance, and social practice. Translated as “to heal” in Lingala, Kobikisafeatures an immersive video installation and a series of large-scale works on paper that create a space of healing and self-empowerment.

In addition, Water Works, a group exhibition curated by Danielle Wu, is on view in the second floor gallery. The exhibition brings together six artists who turn to the washroom as an aesthetic resource: Hana Al-Saadi, Laurie Kang, Ajay Kurian, Mia Raadik, Pauline Shaw, and HaeAhn Woo Kwon. Whether inside the sauna, the hammam, the beauty salon, or the shower, the act of washing oneself has served as grounds to destabilize bodily integrity. As a phrase that references both civic irrigation systems and a crying fit, Water Works draws a line between one’s own flesh and the broader, social body.